Greetings from the Skumanich Family!

This is the history and genealogy pages for the Skumanich family and their relatives and descendants.

I have included information for other families represented by almost 50 surnames (listed at bottom of this page) who are either descendants or relatives to the Skumaniches.  (If you got to this page by searching on another surname, it is because that family is most likely a member of the Skumanich tree. Perhaps it really should be called a web. We have been able to trace back a number of relatives who came into the tree via marriage. Also there were several distant cousins that married. See Surnames at the bottom of this webpage.)
FAMILY TREES IN THE DATA BASE
Berdy family, Bilo family, Dacko family, Jacos (Yacos) family, Sokolik family, Skrip family, Skumanich family, Sura family, Zbur family


The Skumaniches and their descendants and many of their in-laws are of Carpatho-Rusyn ethnic origin.

There are several alternate spellings of the Skumanich surname that include: Skamanich, Skumanick, Skumanic and Skumanik.  The surname itself means something like "person from/of Kuman."   In the Slavic language, Sï¿½ is a preposition, Kuman is the name of a Turkic tribe, and the ï¿½ichï¿½ is a diminuitive  suffix used as a patronymic.  Diminuitives convey endearment or intimacy or smallness.  Patronymics generally  mean "son of".  Whether or not Skumaniches are direct descendants of the Kuman tribe or just came from a region that was called Kumania, they exhibit certain physical traits that are considered Asiatic. One is the shape of the front incisor teeth. Asiatic incisors are very concave or cupped. There are also aspects to the irises of the eye that show up in some descendants that are considered Asiatic.
Marco Polo mentions the Kumans in his published travels and if you look at historical atlases you can find them listed on the maps as on the north side of the at the mouth of the river, as well as further to the east (see the history discussion linked below). There is also a region in Hungary called Little Kumania. It is believed that the people from the areas near the Black Sea were driven out of the valley bottoms into Hungary and the Carpathian Mountains by subsequent Mongol incursions. Kumans intermarried with the local populations. They also provided military assistance to the Principality of Galicia and made their way up into that region as well. Here is a more complete discussion of the history.
There is an Epic Poem called The Tale of Igor's Campaign that mentions the Cumans who were also known as the Polovtsians or Polovetsians.
Immigration:  Historically  the Skumaniches were landowners in the village of Pcoline, present day Slovakia.  They married people from other villages in the area.  These will be described at a later date.  Many of them immigrated to the US, Canada, and Argentina. Today, Skumaniches can still be found in Slovakia:  in Humenne, Snina, Pcoline and Cukalovse.
In the field of astro-physics is the Skumanich Law.  It is a law that describes a certain behavior of stars and was named after Andrew Skumanich, its discoverer. The son of Rusyn immigrants, Dr. Skumanich did not speak English when he started grade school.  But a passion for learning carried him through to an advanced degree in physics from Princeton University and a career as a scientist studying the sun and stars like the sun.
Shelby Skumanich, an artist, has a website where you can see her work, here. (Newly updated link.) 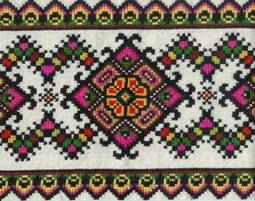 This site is managed by Nonna Skumanich and will continue to be revised and updated.  Be sure to check back for new information.  If you would like to access the memberï¿½s only pages (includes family trees and detailed family history) please send me an email -- Nonna at skumanich.net -- with some information about you and your interest in any of the families listed here.
I had to remove my guest book due to too much spam. Eventually I'll get a better guest book installed.

Below is a list of names and some alternate spellings of Skumanich relatives. Of Note: one family branch changed their name to Stewart. Thus there are a number of Stewarts living in the who are of Rusyn ancestry rather than British!